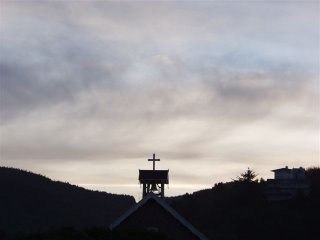 Last week when our friend and assistant, Dave Peters, was praying for Billy Ray he said the old song "Trust and Obey" kept coming to his mind. I thought about that after he told me and realized that is a lot of what the lighthouse concept is. I often compare it to practicing His presence but it is also about trusting and doing what you feel the Lord is guiding when there are no easy answers.


I love Proverbs 3:5 (New Century Version): "Trust the Lord with all your heart, and don’t depend on your own understanding."

When your complex child is in crisis and you are exhausted a sense of desperation can come so quickly. There are so many things that you don't understand and don't know how to handle. The ability to rely on the understanding of the Lord brings incredible strength. There is release and comfort in being able to say to the Lord "I don't know what to do about this."

Once Billy Ray was refusing to eat or drink and I knew that we were going to have to take him to the hospital if he didn't eat soon. I just said out loud to the Lord "I don't know what else to try" and the strong impression came in my mind strawberry banna yogurt. Fortunately we had some in the refrigerator and I offered it to him. He ate two containers immediately.

We are often told God is our Abba Father (Daddy God) that means He is also Abba Grandfather. I know that seems corny but He loves your complex child more than you are capable of. He knows your child best, after all He created him.

When you trust in the Lord and don't limit yourself to your own understanding you will be amazed at what my friend and encourager, Bud Pugh, calls "God's awesome creavity". Team up with Abba Grandfather and rely on His understanding.

I do want to make it clear that when your instinct (often the guidance of the Lord) is to do something more intensive that the yogurt referenced, you really need to seek the Lord to be sure of understanding. There are many "fads" of treatment for children with special needs and even medications that are risky.

As shared in Parenting Your Complex Child Billy Ray experienced a series of major seizures believed to me caused by a medication that my instinct was reluctant about for two years. It wasn't an experimental drug, the literature said nothing about major side effects but I just felt hesitant. Eventually I acquiesced to assurance from several professionals I trusted that it was a safe drug. There was nothing to substantiate my hesitance. I believe that was the Lord's warning.

Six months after the seizures, the medication began listing seizures as a side effect. What was unknown at the time (like rocks hidden from the old ship's captain) was made known. There was a reason for my instinct.

I know there have been parents who said that God told them to murder their children. I don't believe God would ever tell you do anything that would harm your child. He is a God of love and strength for the day.

This is so true Peggy!

I believe in God. I firmly believe that God guides each one of us through our thoughts...instincts...intuitions...

My suggestion for the parents would therefore be "Have complete faith in God and never ever ignore your instincts".